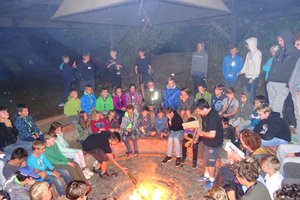 From the 24th to the 26th of August, the children learned a lot about using computers at FrOSCon, found out what Free Software is and made new friends. The four workshop teams have achieved amazing results, which were admired by parents and the other teams at the final presentation.

The four varied workshops held our junior members were all very interesting, which made it difficult for many participants to make their workshop choices. They were able to attend one workshop on Saturday and Sunday, respectively. 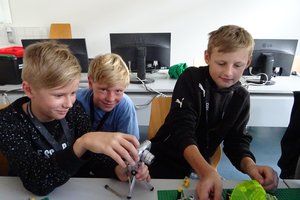 Using microphones, cameras and other equpment, the participants learned how to shoot stop-motion movies or how to create their own audio book. In groups of two to five children, they came up with a variety of creative ideas and used them to create funny stories. While those who created an audiobook worked with the Audacity program, the directors of Lego films built landscapes, took pictures of each scene, and later edited them together using OpenShot. 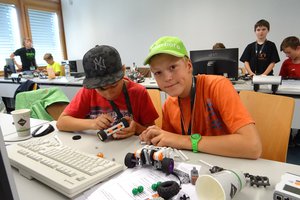 Using a variety of construction parts, the participants could build cool Lego robots and let their creativity run free. Even programming with the NXC programming language was very easy: after a short time, a simple program was written, which let the robot simply drive a bit forward. With the experience they gained on that day, they were also able to write more complex programs. 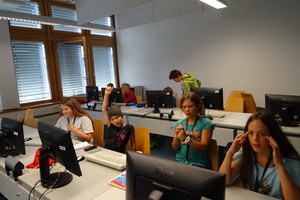 In this workshop the children programmed their own augmented reality games using Python and Veripeditus. These games can be played outside with a smartphone, just like Pokémon GO. The programming language was easy to understand, which is why even the youngest participants could quickly be successful. 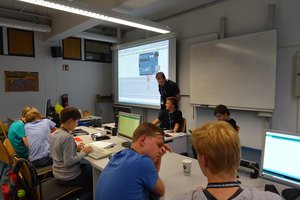 Free time during the event 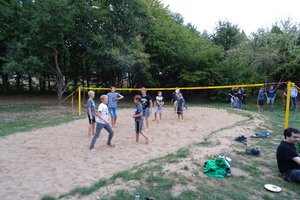 The children's free time was not forgotten. On Friday they were able to get to know each other, play around, have dinner together and spend the evening by a cozy campfire. During the breaks in the workshop phases, the children could look around at the FrOSCon. They had interesting discussions with the exhibitors, tried vintage games and learned a lot about free software. Many children have also tested the bouncy castle and the ball pool in the courtyard.

At the final presentation many amazing results could be admired: cool robots, fun games, great movies and interesting electronic circuits, all built, programmed, cut and set to music by the children. The lecture was mainly given by children who knew their area well and provided much information to their audience. The extremely enthusiastic parents took their tired but happy children back into their care after the presentation. 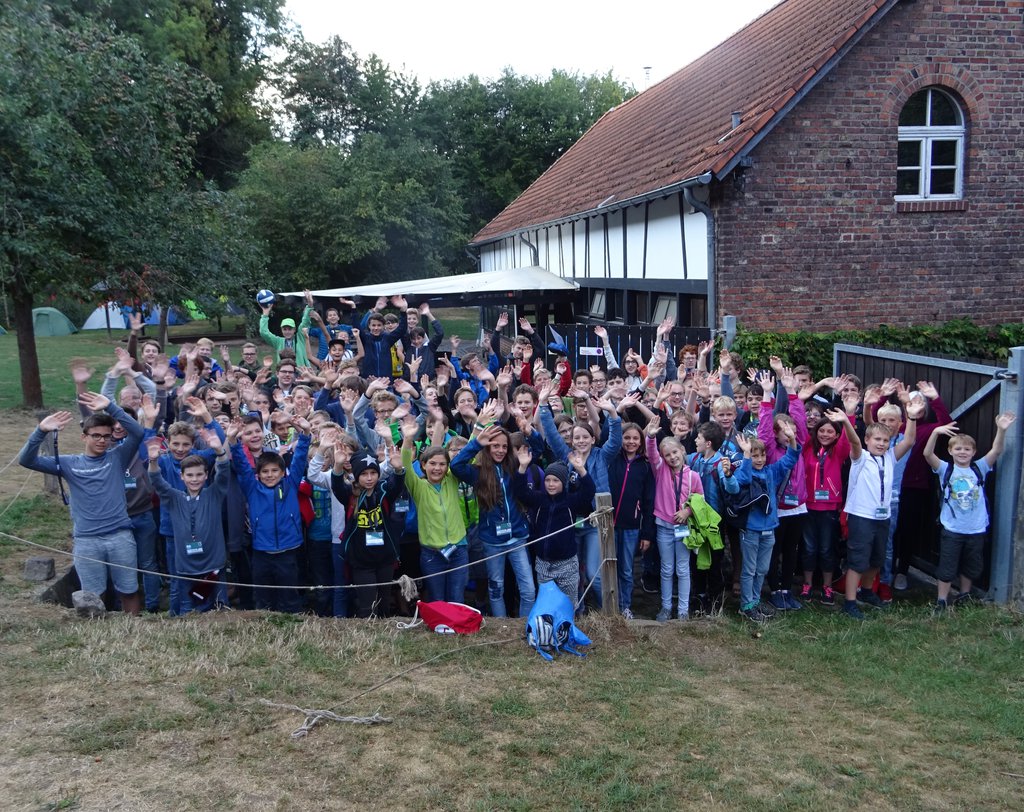